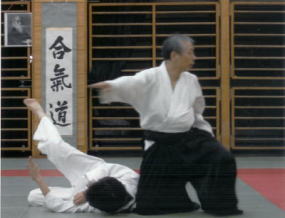 Aikido is a Japanese martial art orignated from Morihei Ueshiba (1883-1969).It is designated as Aikido since around 1942 after Morihei Ueshiba developed it by combining practical self-defence movement taken from various Japanese Bujutsu (warrior arts).

Ai (合) means coordination or harmony, Ki (気) means energy or spirit, and Do (道) means method or way; that is the word Aikido represent the method for coordinating mental energy.

■What distinguishes Aikido from other mertial arts?

What makes Aikido unique is that it emphasizes a way of strengthening the mind and body by fusing the individual’s physical and mental power so that he or she will emerge as a more fully integrated human being.

Appreciating the concepts of Aikido, increasing number of people are acticing Aikido in many countries all over the world. 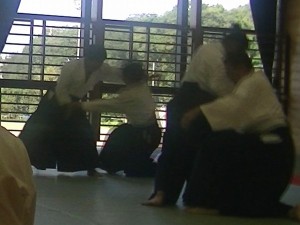